Shields celebrated its 50th anniversary in 2019! It started as a seasonal retreat for cottage owners and over time has become a very active community with approximately 70% full-time residents and 30% still enjoying their seasonal retreat. History is an important part of any municipality and this page is dedicated to celebrate those moments in our history……..

On Saturday, July 6, 2019 Shields celebrated 50 years with a Games Day in the Park. The morning activities included the kids' soccer game, golf cart agility races with 20 teams and then a barbeque lunch, followed by the celebration cake! After lunch, Mayor Eldon McKay, Al Hiebert a long-time resident as well as newer members of the community, Scotty and Jamie Coulson, all shared their special reasons for living at Shields.

After lunch the games began! There were 6 five-person teams that competed in the Minute-to-Win-it-Games. As in the morning events, the friendly competition was high, but with a lot of fun and laughs for the contestants and the cheering sections. The final game of the day was the Hula Hoop challenge for our young people –who proved to be very skilled at this!

There were approximately 150 people that attended the celebration throughout the day which made it very special and one of those special days to remember!

The land on which the course is situated was not a part of the Shields original development as the Province of Saskatchewan retained ownership of that parcel. It was just a piece of vacant property which for a while became home to a number of horses owned by the Couture’s and children got pleasure out of tobogganing down the hills.

The land on which the course is situated was not a part of the Shields development and the Province of Saskatchewan retained ownership of that parcel. It was just a piece of vacant property which for a while became home to a number of horses owned by the Couture’s and children got pleasure out of tobogganing down the hills.

The area was very rough and full of embedded rocks, but protruding through the native sod. The Shields Property Owners Association learned that Kelsey Institute had a training program to train students in using heavy equipment, so Ken Gunn, a Shields' property owner and administrator at Kelsey arranged that for the cost of fuel, the students would stockpile the topsoil, remove the rocks and smooth out the area. It was then harrowed by Harry Friesen and seeded by Harold Baker. Part of the area was used as a playground and the heavy growth of hay was cut and sold. 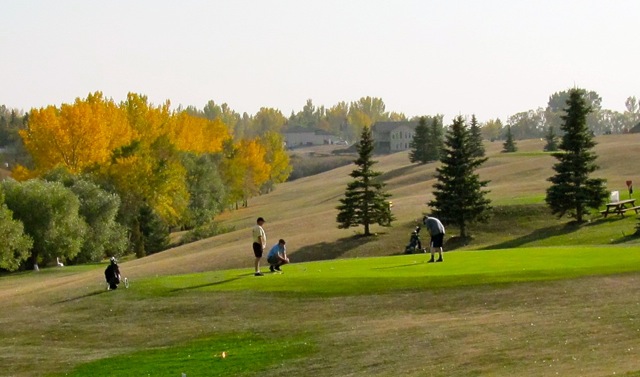 A grant of $1,050.00 was received from the Provincial Government in 1986 with all other costs being offset by revenue from golf activities. The course began to blossom as a result of many volunteers such as Hazel & John Campbell, Bob Conway, Charlie Newlove, Don Horosko, Harold Empey, Edward Benesh and others. Mr. Benesh was the first greens keeper responsible for the golf course. He took much pride in developing, maintaining and promoting the course as it grew from a 3 to 6 to 9-hole golf course. The Golf Committees over the years have been very active and Shields has developed an asset that we are all proud of.

The Windmill became a part of the course when Charlie Newlove and Bob Conway searched the countryside to find a windmill that could be moved, restored and erected as an enhancement to the area. Golf carts became so popular that Council passed a resolution to allow the use of carts in the community to go to and from the course. Of course, no one would think of doing otherwise.

If you have not tried the Shields Golf Course, you are in for a very enjoyable round of golf.

After several years of holding meetings in various Saskatoon locations, and then in peoples' garages at Shields, a building committee was struck in June, 1994. They recommended that a 24 by 54 structure be built on Procter Street adjacent to the golf course. Through a Federal grant, private donations and fundraising activities, monies were raised, and volunteers constructed the hall with a capacity for 60 persons.

This hall served the community well, but as the Village grew, so did the need for a larger facility. In 2005 a Federal grant paid for a 36 by 36 square foot cement pad on the south side of the existing building. After two years of fundraising over $20,000 was raised and again volunteers stepped up to build the large addition which was completed in July 2008.

The Community Centre is a hub of activity all year round. Council meetings, potluck suppers, dances, and special events such as weddings, receptions and golf tournaments keep Village folk busy. 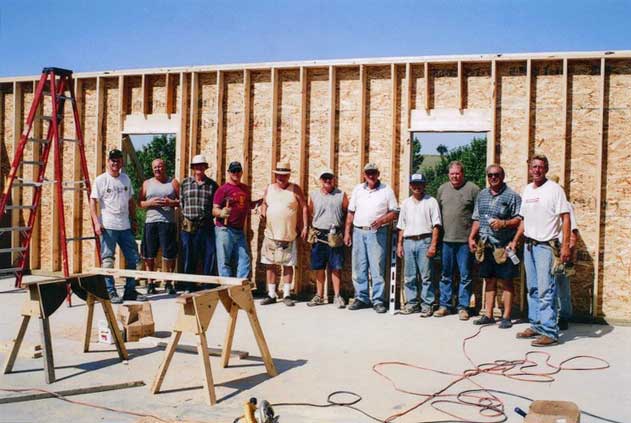 The Pioneer Point Beach Community Park and Beach Area was a project with the help and support of the Shields Council as well as our Beach Committee. One of the most successful fundraisers occurred when the Beach and Playground Committees teamed up to host "Uncorked" a wine and spirits tasting event. Al and Joan Hiebert donated some great wine stoppers from their glass studio for the event. The Committee along with many volunteers put in some very long hours for the project and the result was amazing! 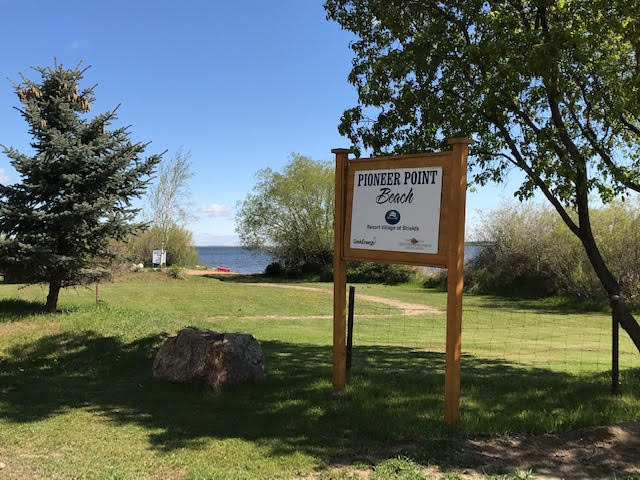 Out with the old, in with the new Maintenance Building

Through infrastructure grants for 2009 and a contribution from an estate fund, Shields got a new maintenance building which was greatly needed and replaced the small maintenance shop that was erected many years ago. The new heated facility was welcomed by Village operations staff; they now had the space for equipment storage and a workshop and repair centre.  Again, this was made possible by the many volunteers that helped support the project! 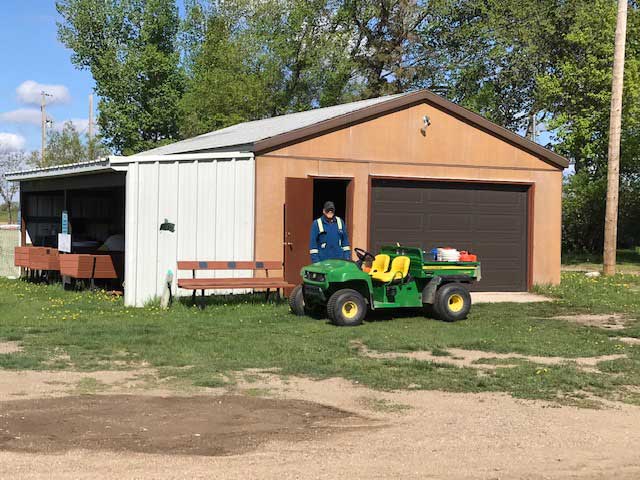 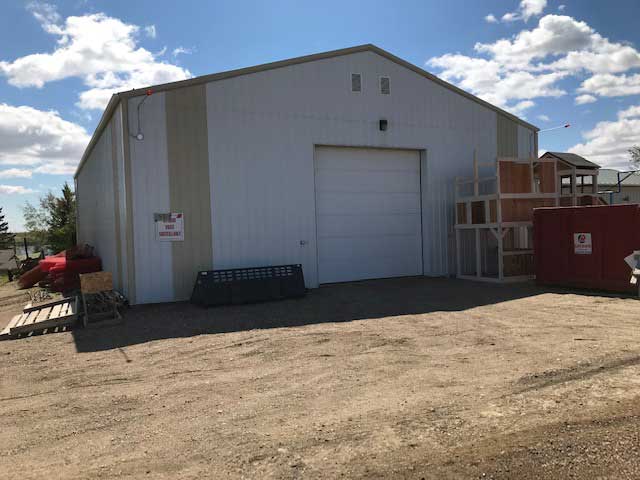 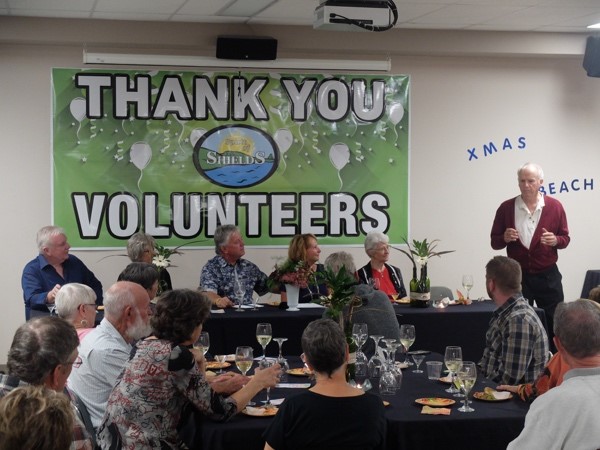